From the Space Race to the Cold War to the Arms Race, Russia and the U.S. have a long history of tension—most notably in politics. But the two nations have also had a fierce rivalry in sports. With this year's Winter Olympics being held in Sochi, Russia, here's a quick look at some of the most crucial athletic events between Russia and the U.S. throughout history (including a fictional event, too).

While not an official Olympic event, two track stars and friends decided to put on a track and field event in Palo Alto, California, that, finally, relieved some of the strain put on both Russia and the U.S. due to the Cold War. The head track coach at Stanford, Payton Jordan, was friends with the coach of the Soviet national track team, Gavriel Korobkov.

Together, the two convinced the two nations to ignore the political tension and to celebrate and compete in track and field. American families opened their homes to Russian athletes and over 80,000 fans attended the two-day event. 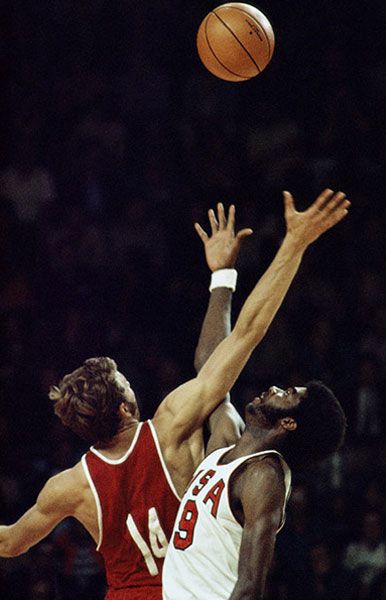 Much controversy surrounds the U.S. vs. U.S.S.R. basketball game during the 1972 Munich Olympics. The story gets complicated after an inbounds occurred in the final seconds of the game.

After announcers initially reported a final win for the U.S., they later announced a Russian victory when the inbounds was repeated twice. Russian players and coaches claimed they'd called a time-out before the first inbounds.

After the controversy, the U.S. players refused to accept their silver medals. In fact, the medals still remain in a Swiss vault. The U.S. captain from that game, Ken Davis, has taken special measures to ensure the medals stay put, stating in his will that no member of his family shall ever accept the medals upon his death.

*Photo credit to The Guardian. 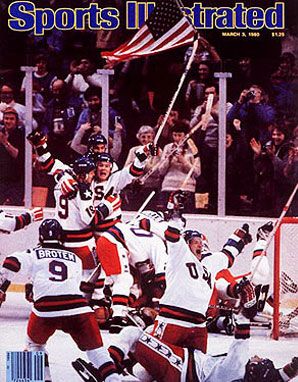 Until this hockey game at the 1980 Olympics, the Russian hockey team had dominated this event in almost every Olympic tournament since 1954, as well as most world championships.

But this year, a group of amateur and college-level players from the U.S. managed to defeat the Russian team in one of the most famous upsets in Olympic history. The game was later declared the "Miracle on Ice" by Sports Illustrated, and the U.S. team later went on to defeat Finland in the final game.

While not historically accurate, the rivalry between the fictional American boxer Rocky Balboa and Russian Ivan Drago is legendary. This was the story behind Rocky IV, which was released in 1985. This epic boxing match is representative of the kind of competition that surrounded any sporting event involving the U.S. and Russia. 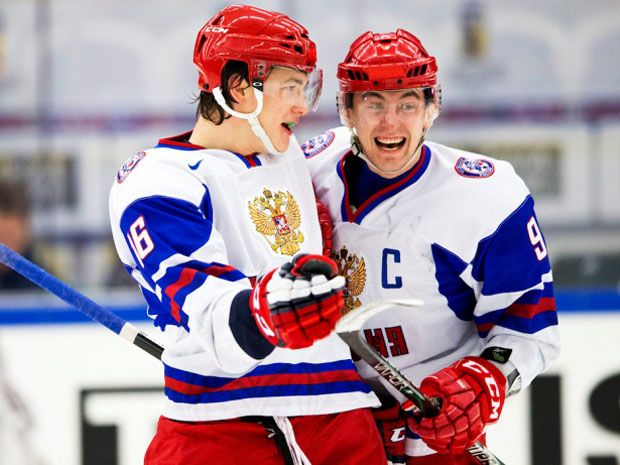 And just to show that rivalries continue to this day, this year at the World Junior Hockey tournament, Russia eliminated the U.S. team. But that's not all: the two teams argued back and forth in the final minutes of the game after a Russian player taunted the U.S. team on the bench, and a U.S. team member responded by putting a stick in the face of the Russian player. Much heckling followed.

Despite the bumpy history of the U.S. and Russia rivalry, hopefully, this year at Sochi, the teams will be able to keep up the competition while maintaining sportsmanship, which is what the audience really wants to see when they show up for a Russian/American Olympic event.