Top 10 Destinations for Study Abroad in the USA 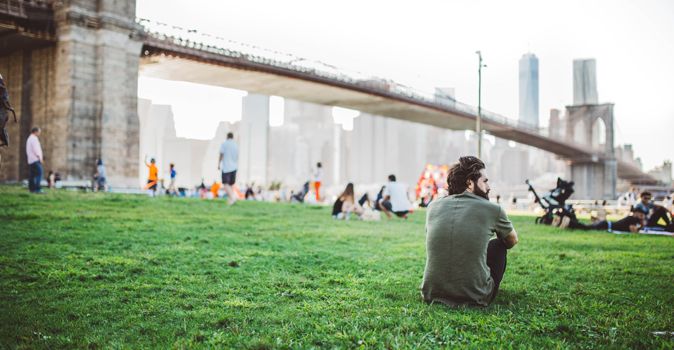 If your 5-year plan includes finding a job overseas, perfecting your English language skills, and having the international adventure of a lifetime, then you've picked the right country to host your study abroad experience.

Not only does the United States offer one of the biggest and best educational systems in the world, but its universities provide endless educational opportunities — and support — for international students. Plus, obtaining a degree from an American institution will likely boost your long-term employability.

So read on to discover the top 10 destinations for study abroad in the USA, from the west coast to the east coast and everywhere in between!

Between California's 900 miles of coastline, redwood forests, Yosemite National Park, and Sierra Nevada Mountains, outdoor adventurers will find endless opportunities for exploration. Students interested in radio, television, and film will relish their time in Los Angeles, the epicenter of the nation's TV and film industry, and techies can explore Silicon Valley, home to revolutionary technology companies like Apple, Google, and Facebook.

Ever heard the phrase "sweet as a Georgia peach?" These fuzzy Georgian fruits are so delicious that they provide the state its nickname — the "Peach State."

If peaches aren't your thing, rest assured there's still plenty to see and do (and eat!) in Georgia. Students interested in history, public policy, and related majors should consider studying in Atlanta, Georgia's capital city. As a key player in both the Civil War and the Civil Rights Movement of the 1960's, Atlanta houses a number of inspirational landmarks, like the Martin Luther King Jr. National Historic Site.

And in your free time, you can visit the Atlanta Botanical Garden, the Georgia Aquarium (which features over 120,000 animals!), and the Fernbank Museum of Natural History. 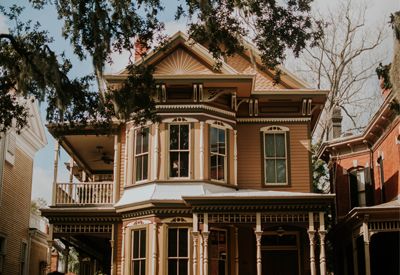 Known unofficially as the "Prairie State," Illinois offers an abundance of adventures for study abroad students in the USA. While a large portion of this Midwestern state consists of forests and farmland, Illinois is also home to one of the largest cities in the entire country: Chicago.

"Chicago has long been a laboratory for architectural innovation and experimentation," boasts Architecture.org. Students interested in architecture and engineering will want to check out the iconic Willis Tower (previously named Sears Tower) and Tribune Tower, a stunning cathedral-like structure built in the Neo-Gothic style of late 1740s England.

Chicago also has plenty to offer in the way of arts and culture, from the Art Institute of Chicago — one of the oldest and largest art museums in the country — to the visually stunning Chicago Cultural Center. 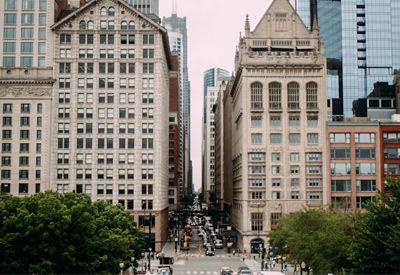 Studying on a budget? Download our FREE International Student Fianancial Aid Guide and discover everything you need to know about financial aid, grants, and scholarships in the USA.

The Midwestern "Hoosier State" is perhaps most recognized for its Indianapolis Motor Speedway, which hosts the famous automobile race known as the Indy 500. While much of Indiana is farmland, the capital and its surrounding cities offer a variety of activities for international students to enjoy.

Art students will want to spend an entire afternoon strolling the halls of the Indianapolis Museum of Art, an "encyclopedic art museum" which features modern, African, and fine art as well as classes, films, and lectures. Interested in the American West? The Eiteljorg Museum of American Indians and Western Art is another must-see to add to your itinerary.

If history is where your interests lie, be sure to check out the Soldiers and Sailors Monument, located in the heart of downtown Indianapolis, and explore Indiana's past with a visit to Conner Prairie, an interactive history park located on 200 acres of prairieland in the suburb of Fishers. 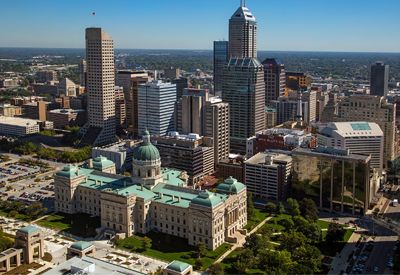 When you think of the "Hawkeye State," you probably picture rolling plains, cornfields, and not much else. But the Midwestern state known as Iowa offers plenty of opportunities to enhance your study abroad experience in the USA.

Art majors will appreciate the American Gothic House, the historical landmark and Carpenter Gothic-style home in Eldon, Iowa which served as the backdrop for the famous 1930 painting by Grant Wood.

Other historical attractions worth your time are the Amana Colonies, a collection of seven villages whose hearty foods, locally-crafted wines, hand-made furniture, and simple way of life will teleport you back in time. 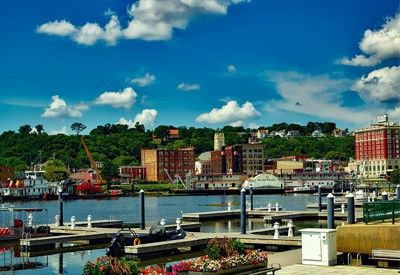 Ever heard of a little school by the name of Harvard University? Harvard and a number of other excellent colleges are located in the "Bay State," a New England state recognized for its colonial history and historical landmarks.

Students interested in history should consider studying in Boston, the capital of Massachusetts — and landing place of the Mayflower! Not only is Boston one of the oldest cities in the entire USA (it was founded way back in 1630), but it played a decisive role in the American Revolution.

For an overview of the city's history, be sure to wander the Freedom Trail. This red-painted walking route takes you on a journey of 16 historical sites in a matter of hours! 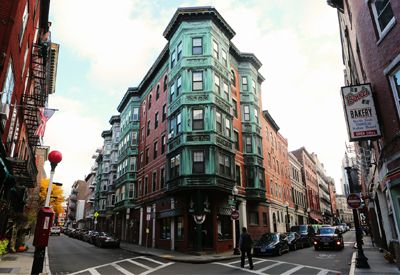 So large it needs two nicknames, "the Big Apple" known as New York City truly is "the City that Never Sleeps." Students interested in pursuing music, art, fashion design, or theatre will find inspiration on the streets of Manhattan, an NYC borough and one of the largest cultural centers in the world.

Manhattan is home to the theatrical performances of Broadway as well as the famous performing arts school by the name of Juilliard, which molded the talents of acting heavyweights like Robin Williams and Kevin Spacey.

Rest assured that New York offers an extensive public transportation system for students commuting from the suburbs and within its larger cities.

The "Buckeye State" is nicknamed for the buckeye trees that once blanketed its rolling hills and plains. Located in the Midwest, Ohio offers a number of large cities, amusement parks, and state parks to provide plenty of entertainment as you study abroad in the USA.

Sports fans will enjoy the city of Cleveland, home to the Cleveland Cavaliers (NBA), Cleveland Indians (MLB), and Cleveland Browns (NFL). This multicultural city also offers the Rock and Roll Hall of Fame Museum — a must-see for aspiring rock musicians — and the Cleveland Museum of Art, which features exhibits, performances, films, and lectures.

And if you're an adrenaline junkie, plan to spend a weekend at Cedar Point or King's Island, two of the nation's best amusement parks. 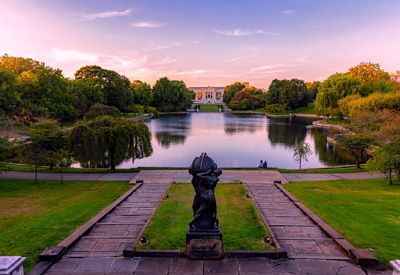 The "Keystone State" is a northeastern U.S. state comprised of forests, farmland, and the peaks and valleys of the Pocono Mountains. One of the 13 original colonies, Pennsylvania is a dream destination for students interested in history and its related fields (or anyone who loved National Treasure).

In Philadelphia, Pennsylvania's largest city, you'll find the Liberty Bell and Independence Hall, where vital historical documents like the Declaration of Independence and the United States Constitution were signed into law.

Students can also explore Gettysburg, home of the Gettysburg National Battlefield (and site of a major turning point in the Civil War); Hershey, where the delicious chocolate candies originated; and the four Carnegie Museums of Pittsburgh. 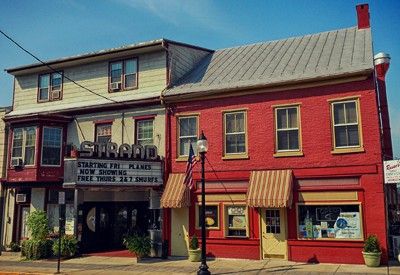 Texas is a southern U.S. state which borders Mexico and the Gulf. While its name may recall American cowboy films and thousands of miles of barren wasteland, there's more to the "Lone Star State" than just desert. In fact, Texas features a number of large, vibrant cities — Austin, Dallas, and Houston, to name a few.

The largest of these is Houston, a metropolis which offers the food, music, art, and architecture of your study abroad dreams. Students interested in astronomy and astrophysics will be fascinated by Space Center Houston, the "official visitor center of the National Aeronautics and Space Administration." And art majors will savor time spent at the Museum of Fine Arts, which showcases the works of numerous Impressionist and Renaissance painters.

Finally, don't pass up a chance to study in Austin, the state's lively capital and home of the University of Texas. Here you can experience an eclectic live music scene or leave your mark on the city's growing film industry. 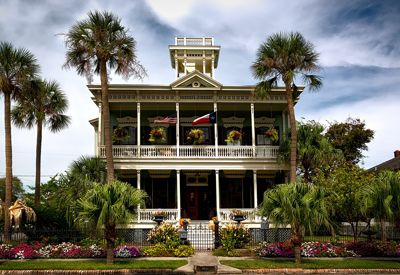 So You've Chosen Your Study Abroad Destination. What Next?

If you need help deciding which college to attend, check out our blog titled How to Choose a College or University in the U.S. And if you're studying on a tight budget, be sure to download our FREE International Student Financial Aid Guide!

Looking for something else?

Check out the following resources for more help planning your study abroad excursion:

The Disadvantages of Study Abroad 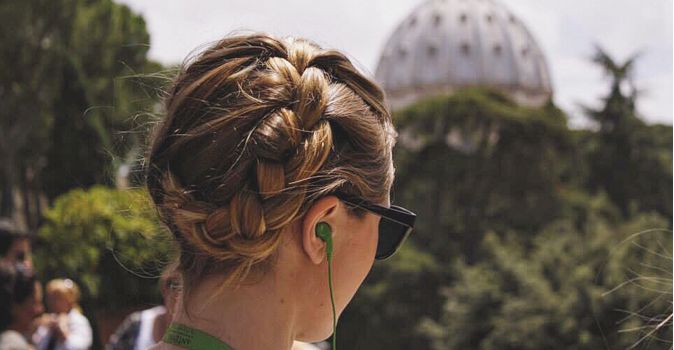 Study Abroad Checklist: Everything You Need to Do to Prepare